A Story of Reunification

The Mamesani family was separated in 2010 when the parents were arrested due to accusations that they were affiliated with the Oromo Liberation Front (OLF). With their parents imprisoned, the five children were shuffled between family members and countries until they reached a refugee camp in Kenya with their aunt. There, they stayed for four years while they applied for resettlement and waited for security clearance.

Life was not easy for them in the refugee camps. They were young and hard work was required by all. The oldest children endured threats and lived in fear of what would become of their family.
In March 2015, the children were finally accepted for resettlement and were told they would be placed in a loving foster home in our Refugee Foster Care program, while their aunt would be in the adult refugee program. We worked hard to find a family who was willing to take in all five children since their strength came from staying together throughout their long journey.

Life was new and different in Utah, but they started learning the language and soon excelled in school. However, they never gave up hope for their parents that they would be reunited with their parents and continued to search for them from abroad.

A few months after arrival they learned that their mother had been exonerated and was living in a refugee camp. The children advocated for their mother’s resettlement and in September 2016 we were able to successfully place the children in her care. Today, they love making up for the six years they were separated by spending as much time together as possible. 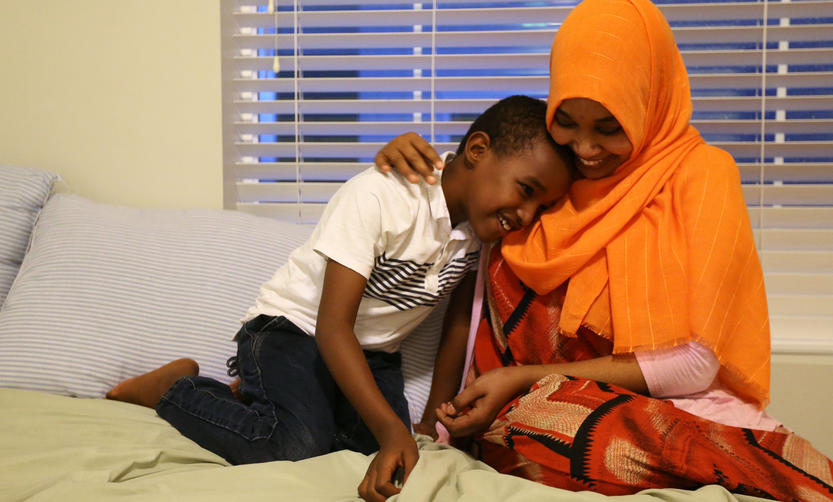 More in this category: Immigration A Success Story Employee Spotlight